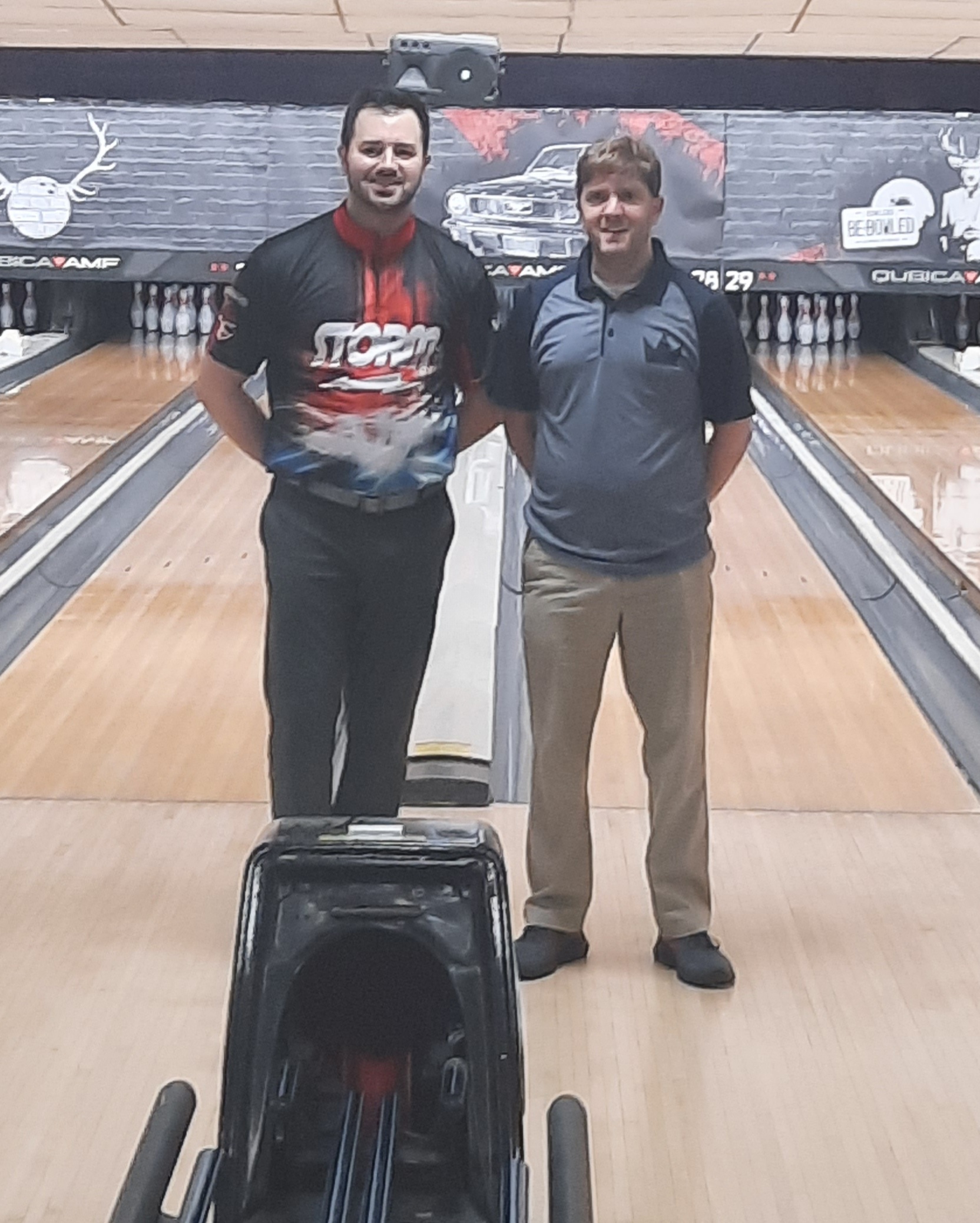 The event drew 116 bowlers as people from all over New York State converged on the 36-lane center in Rochester. Bowlers competed on a custom design pattern from Kegel, a challenge pattern, Length is 40 feet and total Oil Volume 27.1 ml. A lane graph is available on the tournament event page at bowlny.com.

There were two qualifying squads at 9:30 AM and 1:30 PM. The participants bowled five games across 10 lanes, the top 20% from each squad advanced to the match play round. Match play consisted of two game single elimination brackets until a champion was crowned.

Other top bowlers in squad one were John Keenan from Rochester with high games of 254 and 256, Tom Sorce from Blasdell 279, Cavagnaro 257, Scott Kruppenbacher from Rochester 259, Brandon Iamele from Rochester 255, Chad Mee from Hamburg 256 and Kara Mangiola from Spencenport 255.

Other top bowlers in this squad, Patrick Brick from Buffalo 256, Ryan Winters from Kirkwood 254, Anthony Scaccia from Voorheesville 258, Ryan Graywacz from Canastota 264 and 279, Defending Champion Matt Fazzone from Rotterdam 278 and 256, Ryan Galli from Johnson City 267, Jeremy Milito from Patchogue 257 and Mike Rose from Fairport 258. This squad also saw a tie for 14th place between the Kampf brothers from Levittown, Justin and Scott rolled 1034 which means both advanced to Match Play. Justin had the higher game during the qualifying making him the 24th seed.

The top seven bowlers received byes in round one of match play. In round 1 Ryan Galli from Johnson City knocked off Dave Jecko from Whitesboro 456-396; Justin Kampf from Levittown ousted Ryan Graywacz from Canastota 458-362; Ryan Winters from Kirkood rolled by Scott Kampf from Levittown 447-392; Ricky Zinone from Rochester knocked off Shannon Sellens from Long Baech 437-378; Alex Cavagnaro from Mamaroneck squeaked by Kara Mangiola from Spencenport 475-445; Brandon Iamele from Rochester knocked off Chad Mee from Hamburg 424-416; Steve Wagoner from Broadalbin ousted Scott Kruppenbacher from Rochester 446-367 and Jeremy Milito from Patchoge knocked off Andrew Herbert from Orchard Park 428-396. In the final match of round one, Mike Rose Jr from Fairport defeated defending champion Matt Fazzone from Rotterdam in a close match 433-424.

In the Semi-Final round Vick knocked off Rose Jr 486-444 and Cavagnaro defeated Galli 428-349. This set up the final match between two former NYS Masters Champions Dan Vick and Alex Cavagnaro.

The excitement started right away in game one with both bowlers shooting 213. In game two Vick and Cavagnaro started with strikes in the first five frames, Vick threw strikes in the sixth and seventh frames as well to take control of the match. Vick finished with a 279 and Cavagnaro 219.

After a five hour wait for match play Vick opened with a 299 en route to an 816 for his first three games of match play. He only shot three games under 250, averaging 259 for the eight games. Cavagnaro also came out of the gates strong with games 231 and 244 in round one, he averaged 219 for his ten games.