The New York State USBC is an arm of the United States Bowling Congress committed to running fair, successful tournaments for bowlers of all ages; an organization dedicated to promoting the great sport of bowling through Hall of Fame and other special award presentations; a source of information to all bowlers interested in improving their game through coaching and instruction, and a vehicle for our young people to combine their scholastic and bowling abilities to receive college scholarships.

Just as importantly, the New York State USBC is run by regular people who appreciate and recognize those special people -- our bowlers -- who have made an impact by participating in leagues and tournaments, and by supporting their families and friends in the sport, throughout their lives. With that being said, we have created this Memorials page on our website as a final tribute to the men and women who have built and helped sustain organized bowling in New York State.

We invite you to send the names of deceased bowlers, relatives of bowlers and friends of the bowling community for inclusion on this page. Please send information to Angelo Corradino, Association Manager, NYS USBC, 9 Tanager Rd, Brewster, NY 10508, or by email at bowlnysusbc@gmail.com. We also will be acknowledging our deceased members and family/friends during a Memorial Service at the NYS USBC Annual Meeting. Thank you. 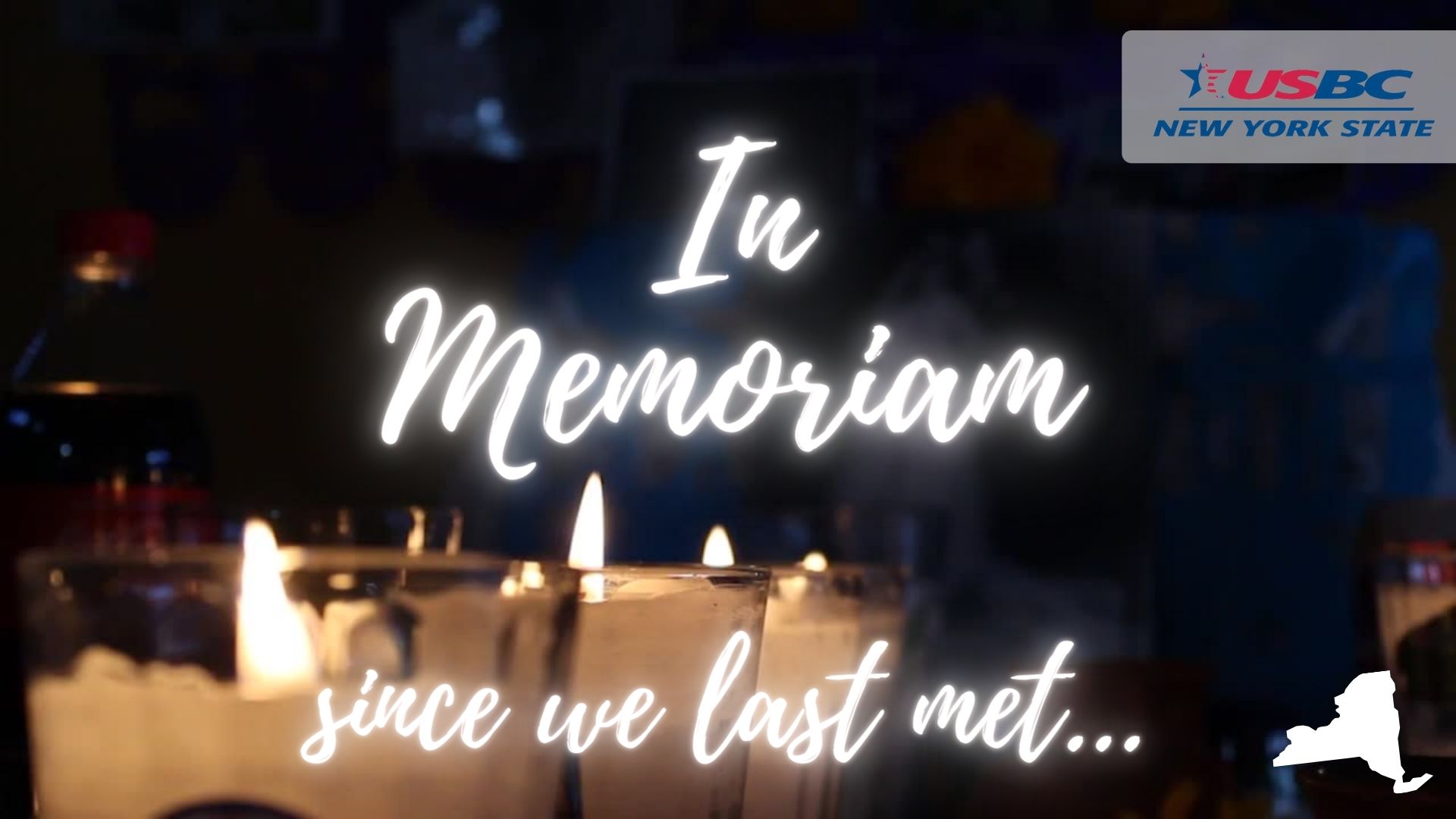 REMEMBERING OUR LOVED ONES

During the 2021 Virtual Annual Meeting, the NYS USBC took a moment to remember those who we have lost since we last met in 2019.

Fulton County Regional USBC
Elizabeth "Liz" Taylor, Liz was a "friend" of the NYS USBC, assisting with the Memorial Service at the Annual Meeting and serving as a delegate. She is in the photo above with Director Dan Solimine. CLICK HERE for obituary.

Greater Buffalo USBC
Teresa M. "Terry" Sabia, She served on the Buffalo Women's Bowling Association Board of Directors starting in the 1960's and as President for 13 years, and also was President of Buffalo Women's 600 Club and served the NYSWBA Board and the Buffalo Area Bowling Council.  CLICK HERE for obituary.
Kenneth D. Coffee