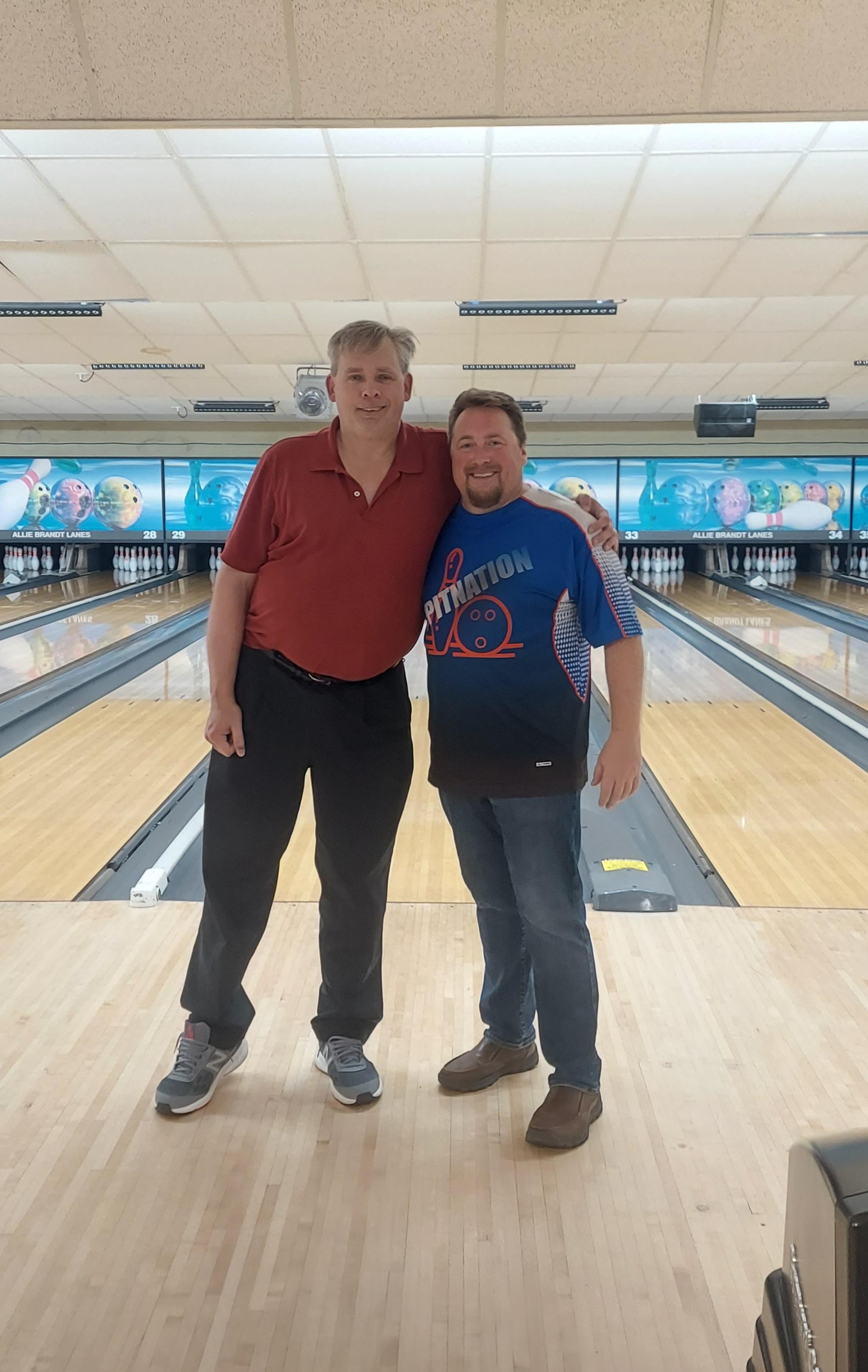 Lockport, NY - Chuck Jagodzinski from Lancaster was perfect in the roll-off to win his first New York State Title in the 6th NYS Senior Masters Championship at Allie Brandt Lanes in Lockport. This was Jagodzinski’s first state singles title, previously he had won the Tri-City Masters Title.

“You know you have the ability but things don’t always happen the way you want,” Jagodzinski said about his title. “I will sleep well tonight after this win and long day (on the lanes).”

Bowlers competed in two qualifying squads rolling four games across eight lanes. The day began at 9:30 when the smaller of the two squads hit the lanes. Michael Zarcone from Tonawanda got things going early by rolling a 300 in game two. He also shot games of 257 and 277 to be the overall leader going into Match Play with a 1014 series.

Falling just a few pins short was Jagodzinski with games of 264 and 268 working his way to a 1011 series. Other stars in the squad were Patric Donaghue of Pittsford rolling 254/906 and Bill Hasiotis from Rochester rolling 877.

In the second squad Tim Jensen from Elma lead the way with a 269 out of the gates and then finished with a 941 series. Other top shooters from this squad were Daniel Gizzi from Depew rolling 265/925, Jeff Dewar from Rochester rolling 246/848 and Mike Johnson with an 842.

After the two squads, the top 16 bowlers advanced to the match play round which consisted of two game single elimination matches. Bowlers seeded 1-4 received a two-round bye and bowlers seeded 5-8 received a one-round bye.

This set-up an exciting Semi-Final round when Johnson squeaked by Zarcone 461-459 and Jagodzinski rolled past Johns 393-353.

The finals started out with a bang as Jagodzinski opened with six in a row and finished with a 269. Johnson was right behind him rolling a 259. In game two Johnson had the edge with a 217 while Jagodzinski rolled a 207. This tied the match at 476 for two games, requiring a ninth and tenth frame roll off. Jagodzinski was perfect rolling 4 strikes to win his first singles crown 60-37 in the roll-off. Jagodzinski earned $600 for the win and Johnson earned $300 as the runner-up.