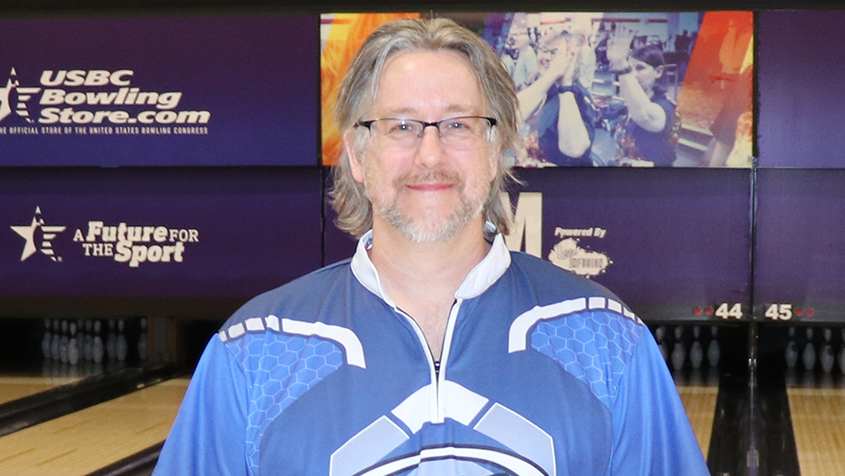 Ripic, of Apalachin, New York, rolled the 44th perfect game at the 2022 tournament and just so happened to drill the equipment used by the first two bowlers to throw 300 at this year's event, James Zaharis (March 25 in doubles) and William Young (April 2 in team).

"I was so nervous and just trying to get it off my hand," Ripic said. "I just didn't want it to go high."

He was able to get it off his hand to complete his first 300 at the USBC Open Championships.

The leader in Regular Singles at the 2022 Open Championships is Scott Patke of Lansing, Michigan, while Brian Waliczek of Frankenmuth, Michigan, leads Regular All-Events at 2,241.

Over the years, Ripic had stopped bowling in the event for a time because he is not a fan of flying. He is known in his local bowling circles as someone that hates to fly.

Ripic and his wife, Beckie, drove to this year's event in Las Vegas so he could bowl the Open Championships and attend International Bowl Expo, which concluded Thursday.

Bowling a 300 at the Open Championships is something that Ripic has felt he could do one day. Beckie said he told her, "Honey, I just want to throw a 300."

Thinking about his accomplishment at the Open Championships and appreciating the history of the event, Ripic had this to say about his big day.

"This is very exciting," Ripic said. "I like the history of bowling. There are a lot of guys from upstate New York that have been successful here. Now, it's cool that I have this honor forever."

The Regular Division features bowlers with entering averages of 176 and above.

Visit us on Facebook at the official USBC Open Championships page.