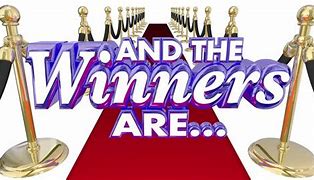 Brewster, NY – New York State USBC will honor six bowlers this year.  Of these bowlers to be honored, two will receive Service Awards, two will be Hall of Fame inductees for Superior Performance and two for Meritorious Service.

In the Superior Performance Category, Susan “Sue” Jeziorski and William “Bill” C. Hasiotis will be inducted into the Hall of Fame. Benjamin “Ben” T. Amberge and Nelson Chase will be inducted for the Meritorious Service Category. In addition, the Service to Youth Award will go to Paul Terracciano and Service to Bowling was awarded to Connie Hladik

Susan “Sue Jerzioski:
Jeziorski from Cheektowaga, a long-time bowling coach, has an extensive resume for local, state and national tournaments. She has six 300 games and six 800 series.  At the local level in Buffalo, she is a nine-time team and five-time doubles champion in the Women’s Tournament.  She was Bowler of the Year in 2004 & 2007, Buffalo City Queens Champion 1991 and a member of the Greater Buffalo USBC Hall of Fame.

In New York State events, Jeziorski is Queens Champion 2003; Highest Women’s Average in New York State 2001-2002 and 2010-2011 Seasons; Women’s Team, Doubles and All-Events Champion 2004, NYS Team USA Champion 1994 and Bronze Medal Winner at the Empire State Games 1994 where she also had the highest series for both men and women in all-events.

She also won a few titles at the Women’s National Tournament capturing the Doubles Title in 2007 and 2010. Her team also rolled the highest score for a five-person team with a 3424 in 2010. Jeziorski won the Bowlers Journal International Doubles Champion 2003 and three times had the high highest doubles game in the country.

Nelson Chase:
Chase calls Hudson Falls home and is a key member of the New York State Youth Committee. For the more than 20 years, he has been the Tournament Manager for the State Pepsi Scholarship Tournament, which has awarded over $500,000 in scholarships to the youth in New York.

He has been a youth coach at Broadway Lanes for 20 years and Fort Edwards High School Bowling Coach for 30 years. Chase is the President of the Adirondack USBC and a member of their Hall of Fame.

Benjamin “Ben” T. Amberge:
Amberge comes from Vestal, he is currently the Association Manager for the Southern Tier USBC since 2008, where he has donated his time never accepting a salary. He was elected to their Hall of Fame for Meritorious Service in 2008. He has been a delegate for both the State and National Conventions for more than 15 years.

He has also been a member of the lane inspection crew and secretary/treasurer for the Kyle Shaeffer Memorial League at Ideal Bowling Center for the last 15 years. He rolled five 300 games, one 800 series and high average of 226.

Paul Terracciano:
Terracciano, a longtime resident of Hawthorne has been involved with youth bowlers over 30 years. He was coach with the White Plains Juniors, part of the Westchester County JBT Program and Westchester USBC Youth Committee for the same time period.

Paul has been a volunteer at the New York State Adult Junior Tournament since it’s inception in 1999, becoming Tournament Manager in 2012. In addition, he has also managed the processing of the scores for the Youth Team Finals for the last 25 years.

Connie Hladik:
Hladik is from Johnstown and has been the Association Manager from the Fulton County USBC for more than 10 years, she served as a Delegate at the State Convention for 10 years and twice for the National Convention.

She has been secretary of local bowling leagues for over 40 years and director for local tournaments for more than 15 years.

All six individuals will be honored at the Annual Awards Dinner later this year.