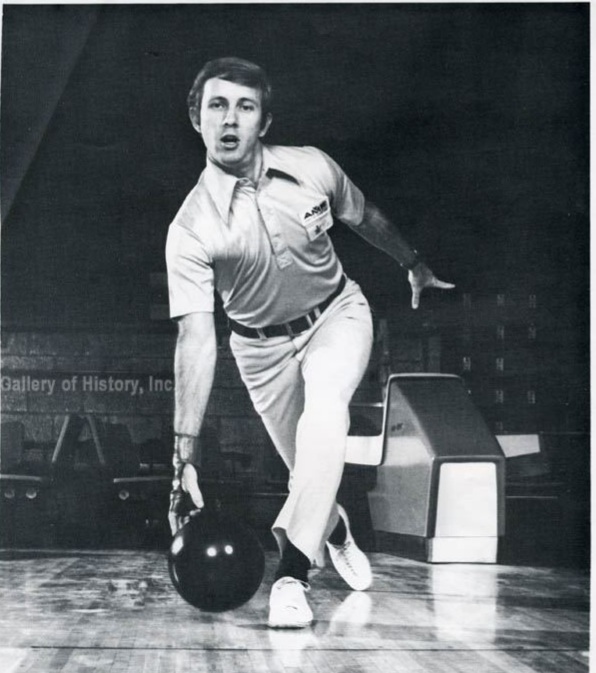 Ritger who was part of the infamous match where Don Johnson rolled a 299 in 1970 PBA Tournament of Champions, was one of only 16 players in the history of the PBA to win 20 titles. He won the Steve Nagy Sportsmanship Award in 1970 and 1973. He was PBA President for the 1977-78 season and was inducted into the PBA Hall of Fame in 1978.

After his PBA Career was over, Ritger began coaching and started the Dick Ritger Bowling Camp to teach bowlers of all skill levels and ages. He developed The Ritger Method which incorporated exclusive methods of teaching, with a bowler’s physical game improved by working within the comfort of their ‘style’. This method has become the standard and is still taught at the camp today. Many bowlers have graduating from the camp and had great success on the lanes. Two of the most notable names are Kelly Kulick and Patrick Allen.

“He wasn’t just the guy with his name on the door,” Angelo Corradino NYS USBC Association Manager said. “He was just as much a part of the camp as any of the coaches. He led the class each morning and then walked around helping everyone. It a very sad day for bowlers. He will be missed by many.”

Ritger was an ambassador to bowling and one of the most recognized icons. He was inducted into the ABC (now USBC) Hall of Fame for performance in 1984. When the USBC was formed in 2008 Ritger was the first person inducted into their Hall of Fame for coaching, He was also BPAA/Dick Weber Bowling Ambassador in 2006 and ranked #14 on the PBA's 2008 list of "50 Greatest Players of the Last 50 Years"

Ritger graduated from Lacrosse University in 1960 with a degree in PhyEd and Recreation and then worked as Recreation Director for the city of Hartford.

In a Facebook post today, Fellow PBA Hall of Famer Allen said, “Teaching what was easy for some is not always an easy thing for everyone to comprehend. Mr. Ritger was a natural at it and did it as calmly and as cool and collected as anyone could. Yes, he had a great staff helping him for over 25 years but they were led by him and his great demeanor. I am proud to say I was one of the most successful Ritger Academy disciples if not the the most. You were a great man and were there for me whenever I needed help or any motivation. Rest in Peace.”

A Private Family Memorial Mass of Christian Burial will be held Sunday, August 30, 2020 at 2:00PM at St. Bridget Catholic Church in River Falls, WI. In honor of Dick’s life, the family requests that any memorial gifts be given to St. Bridget’s Catholic Church or the River Falls Food Pantry. Arrangements are with Bakken-Young Funeral & Cremation Services.