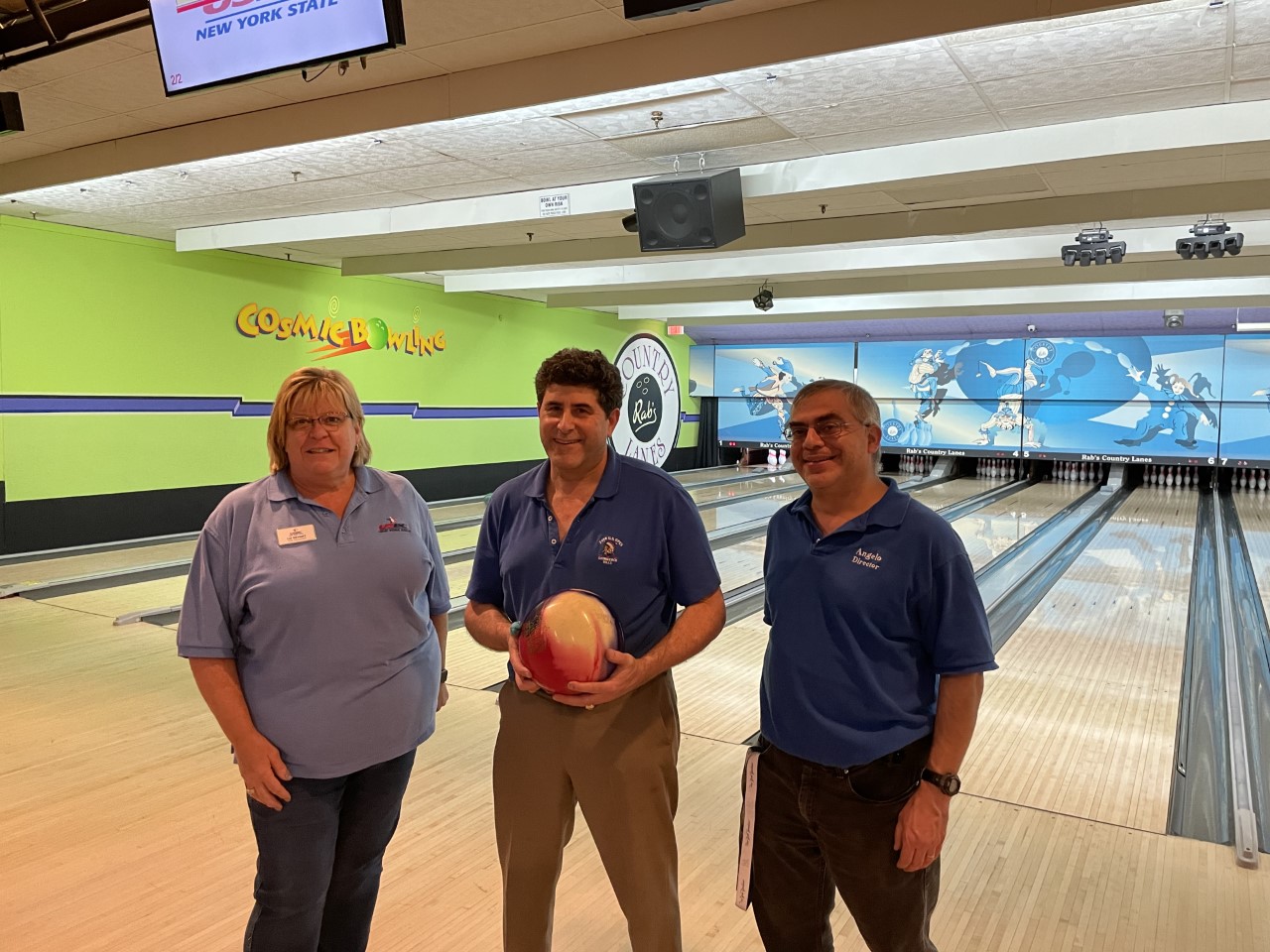 Staten Island, NY NOVEMBER 7, 2020 – The NYS USBC crowned a new Senior Masters Champion today when Glenn Smith from New York City ended his long day at Rab’s Country Lanes in Staten Island with the title. The 60-year-old right-hander defeated Ray Edward of Middle Island, in the two-game championship match on Saturday to win the 4th NYS Senior Masters. This was Ray's first singles state title. Game one was a nail biter as Smith squeaked by Edwards 223-222. Game two was also close, almost until the end, but Smith was able to string few strikes rolling a 236 to Edwards' 202. Bowlers competed on Kegel’s Titanium 4244, a 44 foot “challenge” oil pattern.

We had a total of 44 bowlers in our second pandemic era event which was hosted perfectly by Frank Wilkinson and the staff at Rab’s. Smith bowled in both qualifying squads and four of the five match play rounds and averaged 217 over the 16 games. He was fifth after the qualifying rounds for the 16-bowler finals, rolling an 898 four-game total on the second squad (after posting 826 on the opening squad). With the fifth-place finish, he earned a bye in round one of the finals

“It’s nice to have a title in something other than a sweeper,” Smith commented after sealing the win.

Smith defeated John Benitez of Staten Island 420-419, then Barry Clare of Bayside 465-389, and Joe Scianna of Ronkonkoma 404-374. Edwards' 914 led squad one and was only topped two other bowlers. This gave him a two-round bye for the finals. He only needed to win two matches to reach the finals. He defeated Steve Bova of Massapequa 455-351 and Chun Bae of Cedarhurst 502-365. Edwards averaged 229 for the day.