Important Notes for the Upcoming Season 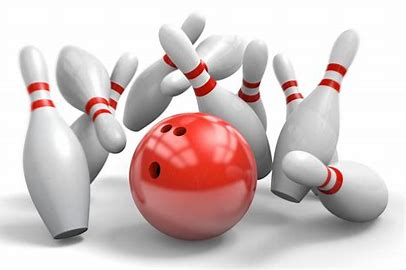 Brewster. NY – The new bowling season is getting ready to kick off and there are a few changes coming from USBC for the year.  Tournaments are beginning soon as well with the first event on the schedule in just a few days.

First and foremost, USBC National Dues are increasing by $2. At the Annual Meeting in 2016 the delegates voted for s $5 increase in dues. This was planned to be done in two phases, dues were increased by $3 in 2018 and then by $2 in 2022. The New York State Board of Directors has decided to not raise their dues. Please contact your local association for the new price for certification.

The COVID Rules that the USBC had made, which included some temporary rule changes to help bowlers and centers get through the pandemic, have come to an end. The dry towel rule which originally went into effect on 8/1/2019 will now be enforced. As per USBC Rule 18, bowlers must use a dry towel to clean their ball during competition. If you need to clean a foreign substance off your ball, you must seek permission from a league officer or tournament director.

USBC will kick off their tiered lane certification program in 2023. A crew will be hired to travel around the country to inspect lanes this season with their new Automatic Certification Evaluation Tool (ACE). Each year the crews will inspect one-third of the centers. The centers will be placed into one of four tiers (Standard, Bronze, Silver and Gold). If your center falls into the Standard Tier, the owners will have one year to make the corrections needed. They will then be re-inspected to see if they have moved into an upper tier.

For the other three tiers, the center will have three years to make any repairs needed. The center can choose to make basic repairs to stay in their current tier or can make all repairs to move into a higher tier. These certifications will be good for three years, and the cost will be $30 per lane. For more information about this program visit https://bowl.com/center-certification or contact USBC at (800) 514-BOWL (2695).

The tournament season for New York State USBC will kick off on August 19 with the Women’s Senior Singles Championship at Lighthouse Lanes in Oswego. Entries for this event closed on August 1. Our next event is the Open Senior Championship at Spins Bowl in Wappingers Falls on October 15-16 and 22-23. This is a doubles and singles event, bowlers 50 years or older can bowl one or both events. There is also an optional combine event which will use the bowlers six game score for a separate prize fund. The winners for the combine event in each division will receive a paid entry into the USBC Senior Open Championship on August 1-4, 2023 The Ashwaubenon Bowling Alley in Green Bay, WI.

Online registration will be available for some of these tournaments beginning this year. Please visit our tournament page for more information https://www.bowlny.com/tournaments/.